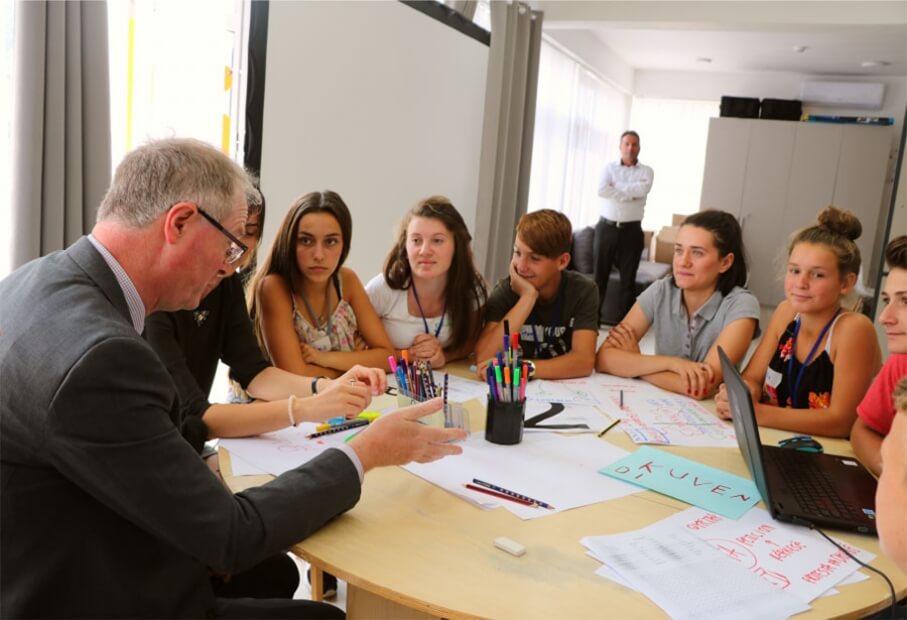 We had a special guest at TOKA’s Democracy Workshops!

The British Parliamentarian Jeremy Lefroy visited TOKA’s democracy workshops, and discussed about many youth related topics with the students of the primary school “Dëshmorët e Qyqavicës”, from the Çirez village of Skënderaj.

Among others, they talked about the education system in Kosovo and how it is preparing today’s youth for tomorrow’s job market, given that it is believed that most of jobs of this time will not exist in the future.

Until now we have hosted more than 9,000 youth and 400 teachers from 15 municipalities of Kosovo that have actively engaged in reflecting and learning about the core values of Democracy.

TOKA’s Democracy Workshops ‘Demos-Ti’ is an international project supported by the ERSTE Foundation in partnership with the Assembly of Kosovo.

The project aims to stimulate young peoples’ interest in politics and the democratic process, with a focus on media competence and willingness to express an opinion. This aim is carried out through half-day workshops in which a class of students takes part in interactive content creation, visits the Assembly, and produces a magazine or video summarizing their learning experience.