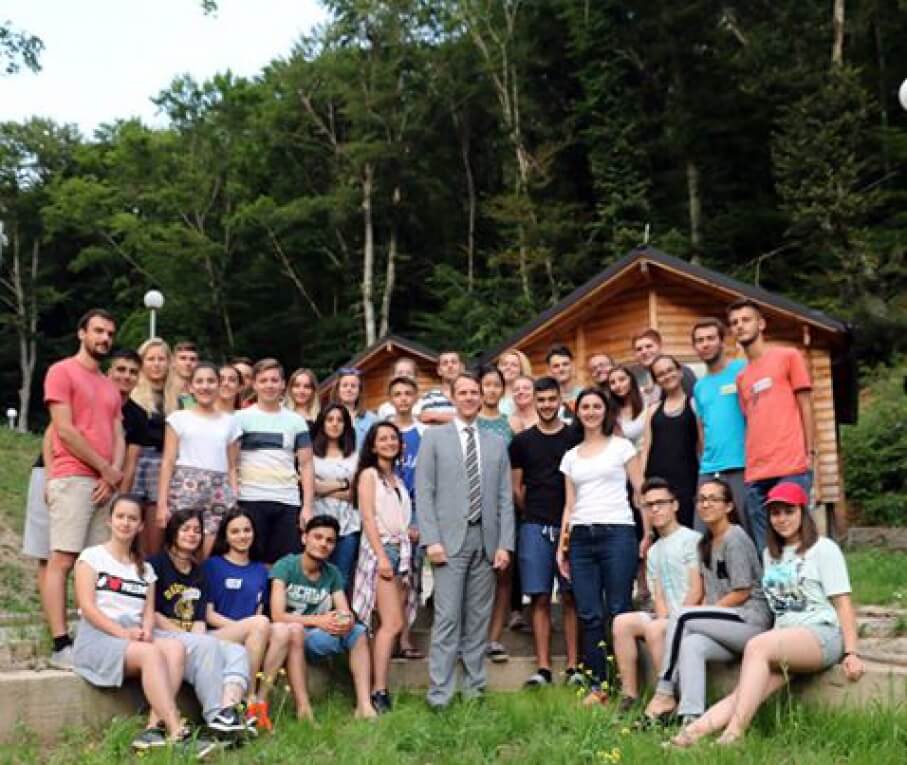 TOKA hosted the Swedish Ambassador in Kosovo yesterday. His excellency Henrik Nilsson visited the ‘CHANGE-MAKERS’ Camp, and had an informal talk with the Camp’s Swedish, Macedonian and Kosovar participants. He told us how he also took part in Music Camps in his youth, which made him understand that many problems can be solved if we talk to each other. He encouraged the participants to be curious about each other and the world – especially if they are interested in a diplomatic career.