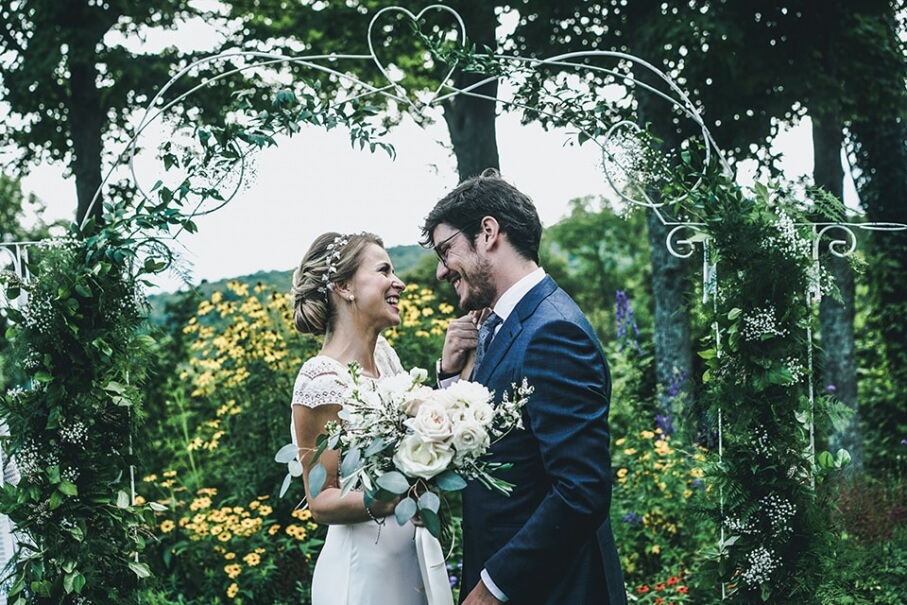 Marigona from Kosovo and Yves from Canada met in 2012 in Paris, France.

For several years, they lived and worked from different parts of the world – Kosovo, Singapore, UK, Germany, France, and Ireland.

They married in 2016 in Prishtina in a small civil ceremony officiated by the Mayor of Prishtina. And, this past summer of 2018, they decided to celebrate their marriage by throwing a wedding party.

They did not just crown their love – they decided to share their love!

Although still young – eager to see the world as well as built their own nest – Marigona and Yves did not ask their wedding guests for gifts. Instead, they asked their guests to support two charities that were dear to their heart. One was a Native women’s shelter in Canada, and the other was TOKA.

Marigona and Yves – thank you for supporting TOKA, changing the lives of youth in Kosovo and hopefully inspiring others to do the same!

Thanks to their thoughtfulness and generosity, the following youth were able to attend one of TOKA’s summer camps: Ardiana from Kamenica, Aurora and Erlis from Skënderaj, Drilon from Lipjan, Erza from Podujeva, Rudina and Lum from Prishtina, Altin from Drenas, Gonxhe from Gjilan, Valmir from Fushë Kosovë.

Here is what Drilon Gashi (17) from Lipjan said after attending TOKA’s camp:

“TOKA’s camp has given us love.
Whatever you were like, you were accepted there.
Discrimination and belittlement had no place in Gërmia Park, while the camp ran.
Your opinion was worth something.
I have had the wonderful opportunity of being a member of the Super-Volunteers Camp, and in those six days at camp we learnt more than in six years of life, they have taught us lessons that last a lifetime”.