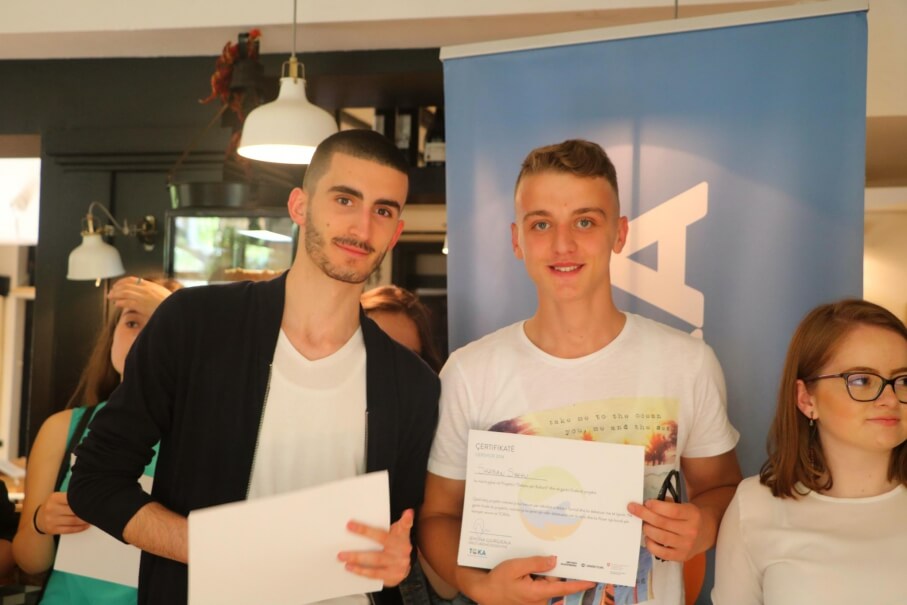 The “Debate for Culture” project has ended successfully!

Around 2000 high school students from all over Kosovo have been part of it. The participating youth have watched the documentary film “To want, to need, to love” by Ilir Hasanaj, learned about formal debate techniques, and put those techniques in practice by debating among on another about the social and cultural themes from the documentary movie.

Through this project the participating youth have developed their debating, critical thinking, and team working skills, as well as broadened their cultural horizon.

The ‘Debate for Culture’ project was implemented in cooperation with Qendra Multimedia and Debate Center and made possible with the support of the Swiss Development Cooperation Office in Kosovo.