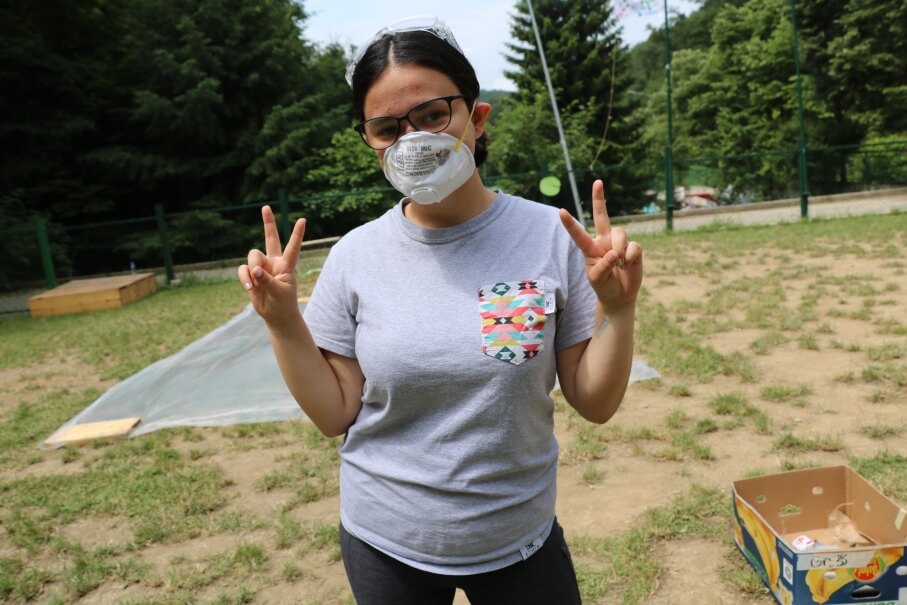 Super-Active Citizens on a mission for the community

Although in a pandemic situation, youth-led clubs held online meetings and embraced the Active Super-Citizenship program by creating new friendships, developing skills, and bringing social change in the community in which they live. The clubs started in 7 municipalities of Kosovo: Gjilan, Prishtina, Shtime, Podujeva, Viti, Kaçanik, and Hani i Elezit.

“The most interesting moment was the last meeting. All the Super-Citizens were happy to have had such good memories from the five meetings, but at the same time a little sad that we would not meet until after a month.” – said the Super-Citizen from Prishtina, Lum Fazliu.

Ylla Topojani, another Super-Citizen from Prishtina, said that cooperation, time management, relationship building, and communication are among the many skills she has developed during the club meetings.

Meanwhile, Elion Ademi, told us that he has developed critical and active thinking during the meetings.

The other Super-Citizen, Albina Konjuhi, spoke about the motivation she gained from the club meetings: “Participation in the club has motivated me to continue working for myself and the community where I live.”

Brikena Kqiku, another Super-Citizen from the village of Dobërqan, Gjilan told us about the skills she developed during the meetings: “The skills developed are critical thinking, listening and respecting people.”

Whereas, Gent Jusufi said that teamwork, communication, creativity, and organization are some of the skills developed thanks to the club.

Super-Citizens Clubs will come back this year and prepare even something bigger for their community!

This project is financed by the European Union and it is part of the Environmental activities, which are funded by the Swedish International Development Cooperation Agency (SIDA) through its Human Rightivism Program.